Sleep deprivation occurs when you don’t get enough sleep. About 1 in 4 adults do not get enough sleep. As part of a health survey from the Centers for Disease Control and Prevention, about 7–19% of adults in the United States report not getting enough rest or sleep every day. Nearly 40% of adults report falling asleep during the day without meaning to at least once a month. Also, an estimated 50 to 70 million Americans have chronic (ongoing) sleep disorders.

Some groups of people may consider sleep as wasted time and purposely deprive themselves of sleep to pursue other things such as entertainment, educational goals, or money-making pursuits. This intentional sleep deprivation is most likely to be seen in teenagers and young adults. Others may unintentionally not get enough sleep because of shift work, family obligations, or demanding jobs.

Consistent sleep-wake patterns of going to bed late, frequently waking up throughout the night, or waking up early can lead to sleep deprivation and the accumulation of sleep debt. Additional causes of sleep deprivation include medical problems such as depression, obstructive sleep apnea, hormone imbalances, and other chronic illnesses.

Sleep deprivation can be linked to serious accidents and poor job or school performances. It can substantially lower a person’s overall quality of life. Lack of sleep disrupts the brain’s ability to balance emotions and thinking abilities, lowers the body’s natural defenses, and increases the chances of developing chronic medical problems. 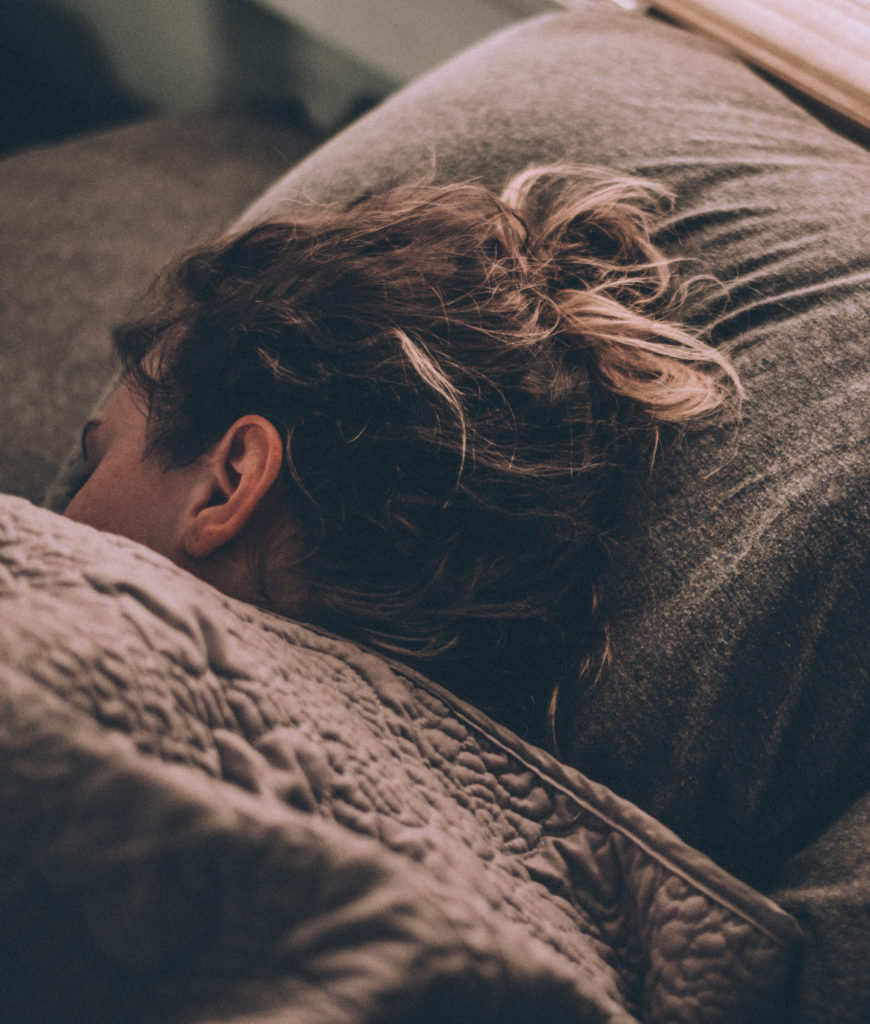 The main symptom of ongoing sleep loss is excessive daytime sleepiness. Other symptoms may include:

While the occasional poor night’s sleep is not a serious problem in itself, persistent sleep deprivation can be.

There is no substitute for restorative sleep. A certain amount of care should be taken to prevent ongoing sleep deprivation in individuals of all ages.

You can take steps to improve your sleep habits. First, make sure that you allow yourself enough time to sleep. With enough sleep each night, you may find that you’re happier and more productive during the day. Sleep is often the first thing that busy people remove from their schedules. Making time to sleep will help you protect your health and well-being now and in the future.

To improve your sleep habits, it also may help to:

Some people have schedules that conflict with their internal body clocks. For example, shift workers and teens who have early school schedules may have trouble getting enough sleep. This can affect how they feel mentally, physically, and emotionally.

If you’re a shift worker, you may find it helpful to:

If you’re still not able to fall asleep during the day or have problems adapting to a shift-work schedule, talk with your doctor about other options to help you sleep.

When possible, employers and schools might find it helpful to consider options to address issues related to sleep deficiency.

Sleep deprivation weakens the brain’s ability to handle reasoning (the prefrontal cortex) and to control the emotions (the amygdala). This leads to abnormal processing of emotions and thinking. Sleep is necessary for learning, making it difficult to concentrate or form new memories.

Research suggests shorter sleep durations may be a predictor of weight gain in adults and children. Each 1 hour reduction in sleep time a day is associated with an increase of 0.35 kilograms (kg) in body weight. These changes result in an increased risk for hypertension, diabetes, obesity, heart attack, and stroke in the sleep-deprived individual.

When we stay awake all night or significantly cut sleep short, the body does not release the hormones necessary to regulate growth and appetite, and instead forms an overabundance of stress chemicals, such as norepinephrine and cortisol.
The primary effect of sleep deprivation is excessive daytime sleepiness. A sleep-deprived person is likely to fall asleep when forced to sit still in a quiet or monotonous situation, such as during a meeting or class. This degree of severe sleepiness can be a safety hazard, causing drowsiness while driving and workplace injuries. The other effects of sleep deprivation include: