Free smoking cessation for Members and their dependents available.

Tobacco use remains the single largest preventable cause of disease and premature death among both men and women in the United States. Health effects associated with tobacco use include heart disease, many types of cancer, pulmonary disease, adverse reproductive outcomes, and the intensification of symptoms for multiple chronic health conditions.

More than 480,000 US deaths every year are from cigarette smoking. About 1 in 7 US adults still smoke cigarettes, and about 3.9 million middle school and high school students use at least one tobacco products, including e-cigarettes. Nearly 9 in 10 adult cigarette smokers first tried a cigarette before age 18.

Cigarette smoking damages nearly every organ in the body. Cigarette smokers miss more work, visit a doctor more ofter, are hospitalized more often, and die 10 to 12 years earlier than nonsmokers. Cigarette smoking has been linked to about 80 to 90 percent of all cases of lung cancer, the leading cause of cancer death for both men and women, and it is responsible for roughly 80 percent of deaths from this disease. Smoking increases lung cancer risk five to tenfold, with greater risk among heavy smokers. In addition to cancer, smoking causes lung diseases such as chronic bronchitis and emphysema, and it has been found to worsen asthma symptoms in adults and children. Smoking also substantially increases the risk of heart disease, including stroke, heart attack, vascular disease, and aneurysm. 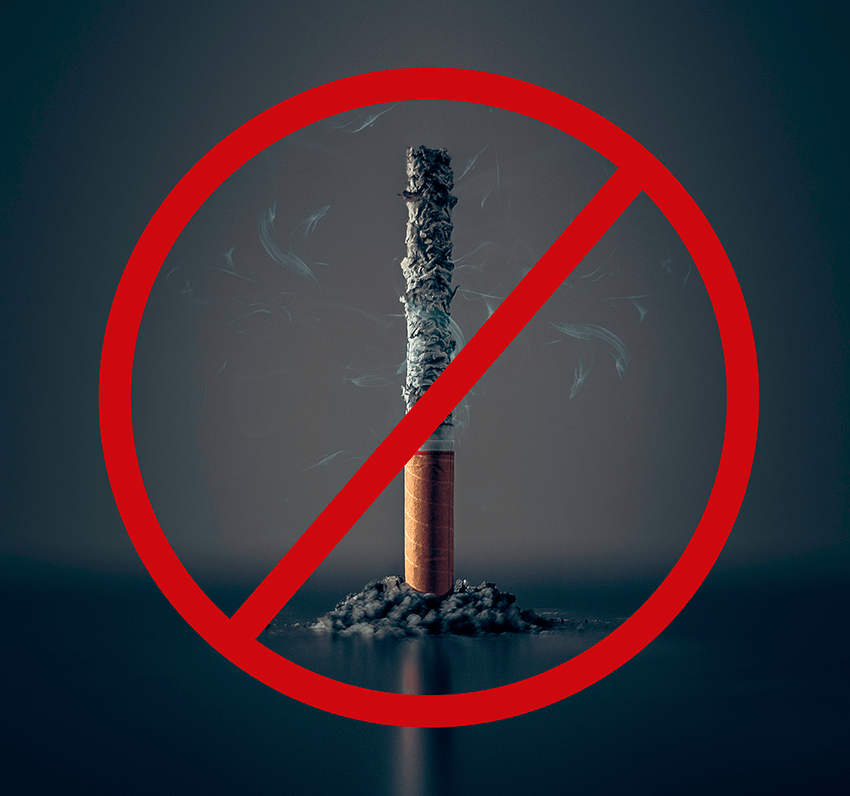 Tobacco has serious effects on the health of users. The consequences of tobacco use threaten Americans in many ways, including:

Most smokers use tobacco regularly because they are addicted to nicotine. The smoke from combustible tobacco products contains more than 7,000 chemicals. Nicotine is the primary reinforcing component of tobacco; it drives tobacco addiction. Hundreds of compounds are added to tobacco to enhance its flavor and the absorption of nicotine.

Cigarette smoking is the most popular method of using tobacco; however, many people also use smokeless tobacco products, such as snuff and chewing tobacco, which also contain nicotine. E-cigarettes, which deliver nicotine in the absence of other chemicals in tobacco, have increased in popularity in recent years.

The cigarette is a very efficient and highly engineered drug-delivery system. By inhaling tobacco smoke, the average smoker takes in 1–2 milligrams of nicotine per cigarette. When tobacco is smoked, nicotine rapidly reaches peak levels in the bloodstream and enters the brain. A typical smoker will take 10 puffs on a cigarette over the roughly 5 minutes that the cigarette is lit.

Immediately after exposure to nicotine, there is a “buzz” caused in part by the drug’s stimulation of the adrenal glands and resulting discharge of epinephrine (adrenaline). The rush of adrenaline stimulates the body and causes an increase in blood pressure, respiration, and heart rate.

There are effective treatments that support tobacco cessation, including both behavioral therapies and FDA-approved medications. FDA-approved pharmacotherapies include various forms of nicotine replacement therapy as well as bupropion and varenicline. Research indicates that smokers who receive a combination of behavioral treatment and cessation medications quit at higher rates than those who receive minimal intervention.

Behavioral counseling is typically provided by specialists in smoking cessation for four to eight sessions. Both in-person and telephone counseling have been found beneficial for patients who are also using cessation medications.

Motivational Interviewing (MI) – In MI, counselors help patients explore and resolve their ambivalence about quitting smoking and enhance their motivation to make healthy changes. MI is patient-focused and non-confrontational, and providers point out discrepancies between patients’ goals or values and their current behaviors. They adjust to patients’ resistance to change and support self-efficacy and optimism.

Mindfulness – In mindfulness-based smoking cessation treatments, patients learn to increase awareness of and detachment from sensations, thoughts, and cravings that may lead to relapse. In this therapy, patients purposely focus on the thoughts that trigger cravings and urges for tobacco and cognitively reframe them as expected and tolerable. Patients learn techniques that help them tolerate negative emotions—including stress and cravings—without returning to tobacco use or other unhealthy behaviors.

Nicotine Replacement Therapy (NRT) – A variety of formulations of nicotine NRTs are available over the counter—including the transdermal patch, spray, gum, and lozenges—and are equally effective for cessation.

The US Surgeon General estimates that living with a smoker increases a nonsmoker’s chances of developing lung cancer by 20-30%. Exposure to secondhand smoke increases school children’s risk of ear infections, lower respiratory illnesses, more frequent and more severe asthma attacks, and slowed lung growth, and it can cause coughing, wheezing, phlegm, and breathlessness. In babies, secondhand smoke can cause sudden infant death syndrome. Sudden infant death syndrome (SIDS) is the unexplained death, usually during sleep, of a seemingly healthy baby less than a year old.

Smoking also leaves chemical residue on surfaces where smoking has occurred, which can persist long after the smoke itself has been cleared from the environment. This phenomenon, known as “thirdhand smoke,” is increasingly recognized as a potential danger, especially to children, who not only inhale fumes released by these residues but also ingest residues that get on their hands after crawling on floors or touching walls and furniture. 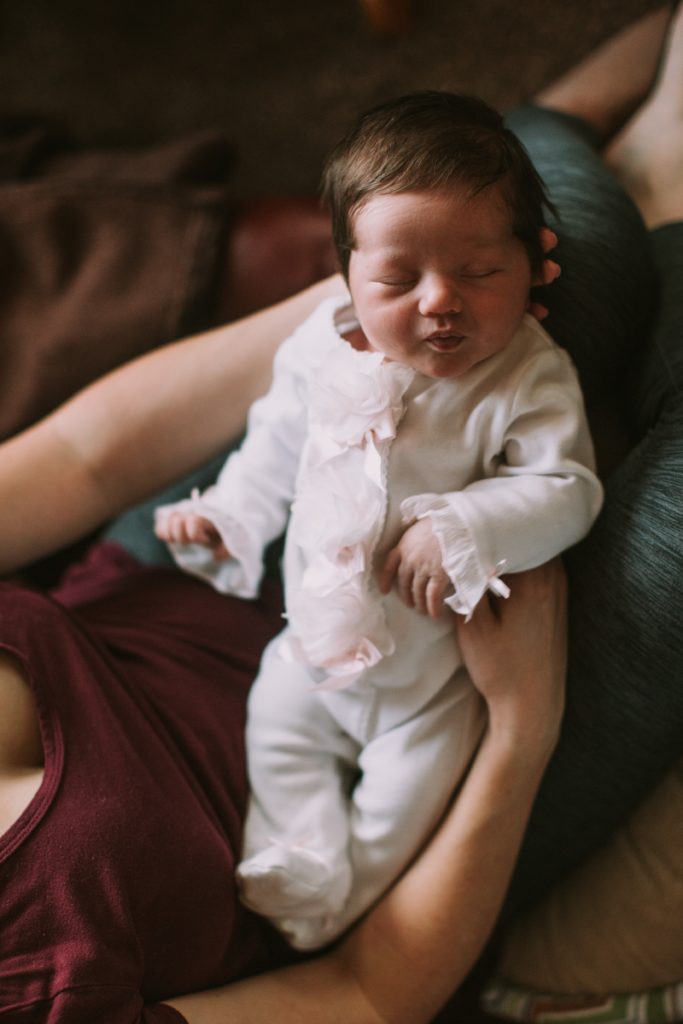 No tobacco product is safe for young people to use. Nicotine is highly addictive and can harm teens’ developing brains. According to the 2017 Monitoring the Future Survey, 9.7% of 12th graders, 5% of 10th graders, and 1.9% of 8th graders used cigarettes in the past month.

Any exposure to nicotine among youth is a concern. The adolescent brain is still developing, and nicotine has effects on the brain’s reward system and brain regions involved in emotional and cognitive functions. Research suggests that the nicotine-related changes to these areas of the brain during adolescence may perpetuate continued tobacco use into adulthood.

It is common for adolescent smoking to follow an intergenerational pattern, which has genetic, epigenetic, and environmental influences. Data from parents and adolescents suggests that current parental nicotine dependence is strongly linked with adolescent smoking and dependence. Other factors—such as parents’ education, marital status, and parenting behavior also influence teen smoking.

Smoking before, during, and after pregnancy can affect the baby’s health. Smoking in pregnancy has been linked to a number of serious health effects, including:

As soon as you quit, your body begins to repair the damage caused by smoking. You’ll notice the health benefits you’ll experience as soon as 20 minutes to 15 years after quitting.

2 Weeks to 3 Months After Quitting:

1 to 9 Months After Quitting: